I have been on night shift at work for the the last month, it has given me some time to play around with some projects that i have been putting aside for a while. 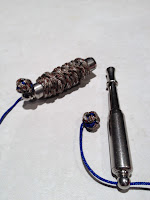 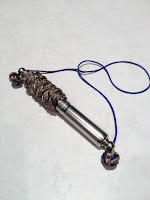 The first one is my Acme Silent Dog Whistle that I have had for many years, i decided to use some type 1 paracord in desert camo that that came with my last order from Supply Captain. I Began with a Turks head knot around the cap part of the whistle, I have not put anything around the whistle it's self because you can adjust the pitch by winding it out or in. I then used some .9mm cord to join the cap and whistle together and finished them off with a lanyard knot on each end. 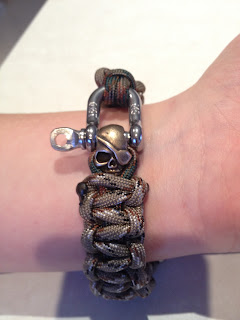 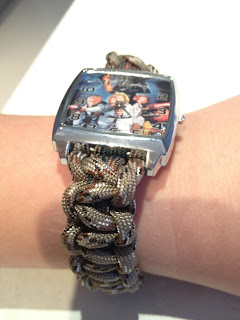 The second job i had to do was a watch band for my nephews family guy star wars watch, i gave him a choice of about 15 different colours to pick from but decided on camo pattern as the first pass of the cobra weave and then desert camo over the top, he then picked a stainless D shackle and a pirate skull bead as the closer.
I had to do a bit of dremel work on the inside of the skull to get the pin to line up properly, the end result was good and he was very happy with it.
﻿
Posted by Unknown at 23:55